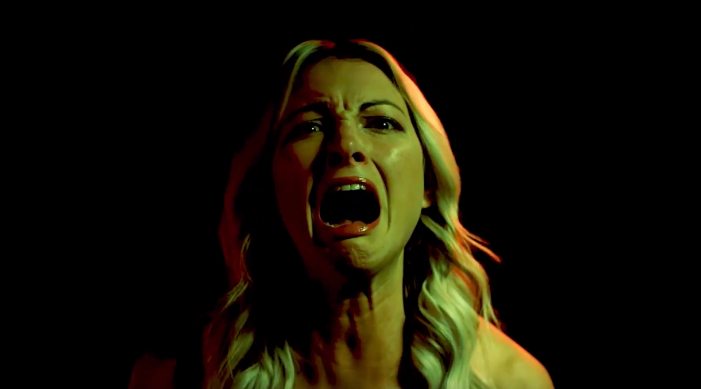 Synopsis: Two figments of thought must overcome their negative emotions in order to leave the Black Space.

JR: I developed the idea of doing this kind of film after watching a magic show.  There was a moment when the illusionist was talking about his life while sitting on a stool in the spot light at center stage.  I was intrigued by the picture of him just sitting there, talking about his hard ships and successes and what motivates him to keep going.  And then I just thought of doing a movie that involved one or two people in a completely black environment just talking about their hard ships and successes.  But that was easier said than done.

JR: I developed the idea of two people in a black environment back in 2014, although I had no idea what I was going to have them talk about.  And I struggled with that.  Then came the 2016 United States Presidential Election, and I’m reading all these negative comments about both Trump and Clinton, and how much everyone was attacking other people because of who they supported.  I could tell this negativity was really affecting, not just myself, but other people as well.  We needed more positive thinking.  So I wrote the characters to be reacting really negatively to the events happening then and now.  Ultimately in the end, it is the power of self and the willingness to overcome that negativity and be reborn into someone positive and joyful do we make it through dark times.

JR: Coming up with a budget.  That’s another really challenging part of making a short film is how we’re going to come up with the budget to make said short.  There are short cuts we can take, and sometimes they work and other times they don’t.  Many short film makers use their own money for the budget, and that of course can run out very quickly.  So coming up with a budget was the most challenging aspect of my production.

JR: If making films is truly your passion and something you want to pursue as a career, keep at it.  You will be in for a difficult journey, but that’s what pursuing your passion is all about.  It takes hard work, dedication, and a camera to make a movie.  If you are willing to face the struggle, and refuse to give up then you are on the right track.