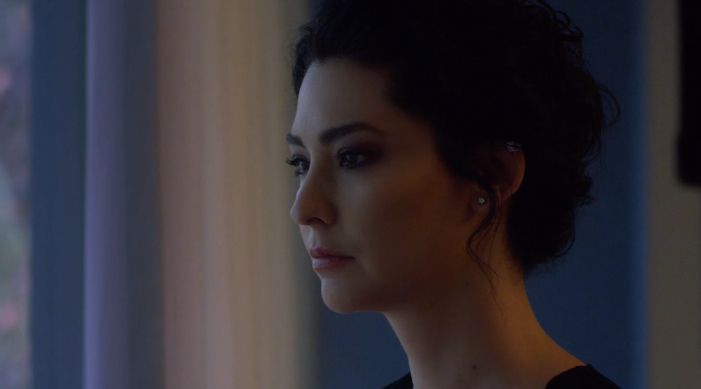 Synopsis: A starry-eyed actress with a troubled past faces her harshest critic during an interview gone wrong.

SV: I want to win an Oscar one day, and so I wanted to prepare for it:)

Joking aside, as an actor and an artist, I wanted to explore the psychology of what it takes to receive major recognition and suddenly be thrust into the public eye and how that is not always the most comfortable and happy place we all imagine it to be.

I also wanted it to be a healing process and send an inspirational message to everyone who grapples with their inner demons. We all struggle with our insecurities: those voices in our heads that tell us we are not good enough (for love or success, or whatever that may be) and that we’ll never make it and even when we do make it, that we don’t deserve it… Artists and actors are especially prone to that kind of destructive self-talk, which could lead to disastrous consequences. But I do not want to limit it only to artists; I want the film to be a message of hope and of turning the light on those demons for everyone. By facing our fears head-on, we expose them and, through the process, conquer them and heal.

SV: The idea for this film is something that has been at the back of my mind for quite some time, I guess, but it wasn’t until last summer that I came up with a clear concept of what I wanted this piece to be. I wrote the script pretty quickly, and then, of course, I went through quite a bit of drafts, polishing, and fine-tuning to get it to where it is today.

As far as realization, that took a good six months of pre-production, and of putting the right team together, losing some people in the process and finding new ones. Everything that happened, which at the time we would have considered as a setback, was actually a blessing in disguise, and it worked out for the better in the end.

SV: 1) You have to be a lot of things all at once. On a short film, you don’t have a big crew and a big budget, and you have to do a lot of the things yourself and wear more than one hat at a time (especially when you already have three!). That can be extremely challenging because it can take away from your concentration and you really have to be prepared for it, try to remain focused on what you are looking to achieve, and not let obstacles (those will always arise) sidetrack you.

2) Being able to surround yourself with quality and committed people who genuinely care about the project. A short film does not have the same appeal as a feature, so finding the right talent and crew to put on board is a lot more challenging. I was fortunate because, from my producer and lead actor to my composer and editor, I found people who not only had the same high standards, they cared about bringing my vision to life and making it even better by contributing to it with their unique talents. I had to fight to have and keep those people on board, and nothing came easy, but to me, it was imperative as film is such a collaborative art form and every element counts.

SV: The most challenging aspects for me were the facts that I am a first-time director and also a woman. And as such, I had to work a lot harder to make my voice heard.

People don’t always take you seriously when you are a first-time director with no film school on top of that, and that is understandable to a certain extent… I do have a lot to learn still, but at the end of the day I knew what I wanted; I have very strong instincts, and I am glad I followed them.

I often get asked whether the hardest part of the production was having to direct myself, but that actually turned out to be the least challenging for me. The most grueling part of the process was really getting people to respect and follow my vision for the film without questioning and interfering with it, which was very exciting and rewarding at the same time when I did succeed.

It can be daunting and feel overwhelming at times, but if you really have something to say and want to get your message out to the world, you have to dare.

And often, things fall into place.  Once you begin it, magic happens, and as I said earlier, even the setbacks and disappointments often turn out to be blessings in disguise. So, take those and make the best of them.