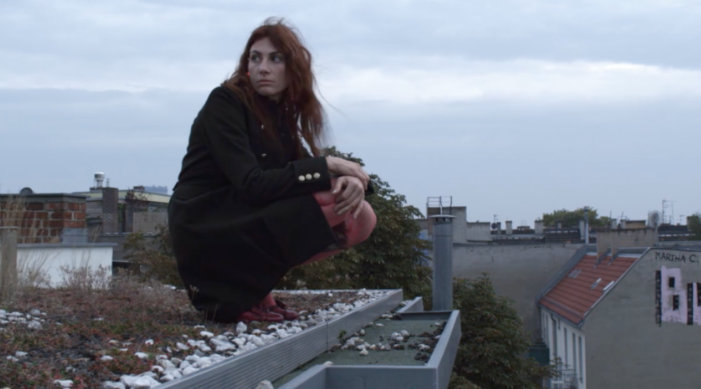 Transformed into a self conscious muse, she is inspiring great artists all over the world with the help of Nuria, a psychic. But one day she has to inspire her own sister, a famous violinist, and a secret comes up that puts her in a terrible dilemma.

JP: I was born in a family of musicians. My mother being a pianist and my brothers being one a violinist and the other one a rapper (he plays the part of Ulysse in this film) I have always wondered where the inspiration comes from. Sometimes you get this feeling you did not do everything on your own it came from somewhere.

I tried to answer this question by writing the script of “to the stars”, the story of a composer who kills herself and then becomes the muse of the best musicians in the world, helping them to become even better.

To state it in a cynical way : there is no talent, only dead people inspiring the living.

JP: I wrote the first version of the script, then I went on the shooting of a horror movie as an actress. On the set I gave my script to the producer. He called me a few months later and said : ” I am calling about “to the stars”

He said “we could shoot in a month”

This is when I got really scared because it was a very little time and we had to do the costume design and the casting, the rehearsals and the location scouting.

But I was surrounded by very talented people and we made it happen really fast.

Then we went into editing and I had an inspiration (By a dead person? I will never know). I felt that something was missing and I told my producer. He agreed and we decided to shoot some more sequences, but this took us a few months to write and set up. It totally changed my film and gave him a deeper meaning.

And it lead me to meet great musicians with whom I was very proud to work.

JP: To keep the story in the center and short. When I made this film, there were so many more scenes I wanted to put in the film, so many aspects of inspiration I wanted to tell, But it was too much information. So I tried to stick to the story’s main theme.

JP: It was challenging from many points of views. It was my first film and I was also acting in it which made it quite schizophrenic  because I would be on set, focusing on getting into the emotion and then someone would ask me something about the shot and I had to get into director mode again. I took me some time to get used to that back and forth behaviour. But it helped me as an actress to get into the mood real fast. I watched every take on the combo after we shot 3 or four of them and if I did like the other actors in it, I would validate it.

JP: Whatever you want to shoot, just get started with it. Do it, don’t judge it when it’s done, do you best to get it into festivals. If you judge yourself you might loose a lot of time and you never know what people will like anyway.

And once your done, move on to the next project with joy and pleasure.

Don’t wait for the best producer, the best studio, the best famous actress, go forward and along the way you will meet amazing people who will help you unexpectedly and make your project great.