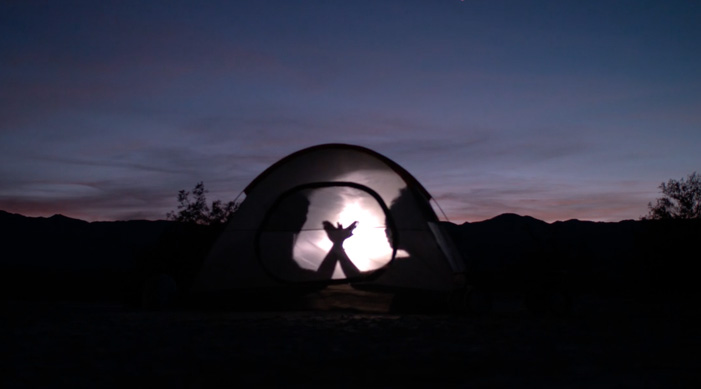 Synopsis: Carson McCarthy, a narcissistic college dropout, always had a perfect life until adulthood hit. In an attempt to reject this new reality, she enlists her sympathetic best friend, Franny, in her eccentric suicide plan involving a daring expedition through the desert. The journey encompasses the two newly 20 year olds navigating the rough waters of adulthood.

OR: What was the inspiration for your film?

MR: The story for Suicide was partially inspired by a few people who had a very narrow perception of the world and the people around them. They always felt sorry for themselves and never cared about the people they were affecting around them as long as they got the attention they wanted. One of them really did threaten something as serious as suicide purely to get the right attention.

Suicide is not something to casually cry wolf about. Using comedy to create a tone of satire, this film shows what leads someone to feel like the world is against them enough to cry wolf, while also showing how much it effects the people that care about them.

The film at its core wants one to always appreciate how good life might actually be.

OR: When did you conceive the idea for your film and how long did it take before it was realized?

MR: I had the idea while on set for another project. I wrote down a short layout in between set ups. The next day I sat down for a few hours and wrote the whole script. I only did a few drafts and the script stayed the same for the most part.

OR: What was the most challenging aspect of working in a short film format?

MR: For me, it was keeping it a short. Most shorts are a moment in time, but Suicide ended up turning into a story with an arc and trying to keep that in a short amount of time became hard. In hindsight we could have just done a feature, but at the time we didn’t have the budget for it.

OR: What was the most challenging aspect of your production?

MR: For me, post production was the hardest part. I didn’t have too much experience with post production at the time so while trying to be in charge, I was also learning as we went. It meant asking a lot of stupid questions while still trying to keep a position of leadership and mutual respect. I’ve learned to have it al arranged ahead of time with strict deadlines.

OR: Do you have any advice for first-time filmmakers?

MR: I’d say to just not overthink it and find anyway possible to enjoy every bit of it. We had a ball making Suicide, but I think sometimes the fun factor gets forgotten on set when you’re trying to make something you want to be “perfect” while under pressure.