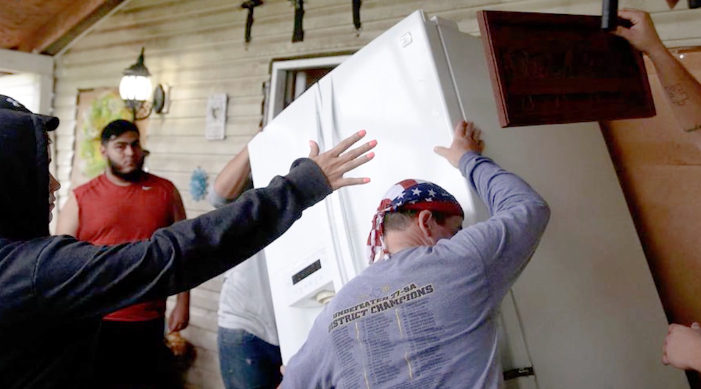 Synopsis: “The Power of Community™” is about the incredible power each one of us possesses every day to impact a person, our community and our world for the good. This film short is the second in “The Power In You™” Series from Excellence Edge™ Films.

Hurricane Harvey was the wettest tropical cyclone on record in the United Sates with many areas receiving 40 inches of rain and some recording over 60 inches in a four-day period. Harvey caused $125 billion in damage tying it for the costliest in U.S. history with Hurricane Katrina. This 12-minute film centers on the small town of Rosenberg, Texas and one woman, Sylvia Gonzalez and the impact Harvey had on both.

The heart wrenching devastation of the monster storm is contrasted by inspiration and love that poured out from the local and national community. “The Power of Community™” both challenges us and inspires us to both love our neighbors and act to help them in times of need. A true illustration of Faith and Works.

RT: “The Power of Community™” is about the incredible power each one of us possesses every day to impact a person, our community and our world for the good. This short film is the second in Excellence Edge Film’s “The Power In You™” Series.

RT: The concept for the Power of Community was developed some time ago as one of the “Power” short films that make up “The Power In You” Film Series. I originally had an idea of what we would shoot however Hurricane Harvey hit Houston, Texas and the surrounding communities with devastating floods over a massive area. What happen after the hurricane became a perfect illustration of what The Power of Community is all about.

RT: It is always how to convey the message of the film in a powerful way. Getting enough in to really tell your story within the time constraints. Almost anyone can tell a story given enough time, the skill is in how to tell that story with too little time.

RT: It was a major hurricane with flooding everywhere. The logistics were difficult. Looking at all the destruction to peoples lives was emotionally agonizing.

RT: Making a film is more than just turning on a camera and pointing it. The words, lighting, sounds expressions, emotions and even editing are all a part. Focus on the goal of your film and use every one of them to help tell your story. Throughout each step assess whether you are telling your story or are you just shooting film. In other words, are you committed to excellence or are you just going through the motions. If you’re focusing on excellence then if you fall just short you will still have a remarkable piece of work.